Will a new pair of ugly shoes, a shirtless guy and a bag of chalk bring her any relief from the boredom?

The ground was so fucking far away and my palms went instantly clammy.  I’d left my little chalk bag on the ground and realized with a moment of panic that I needed it right about now. My fingers were slowly giving way, now that they were coated in a thin sheen of dread and they scraped painfully against the rock. I could feel the layers of skin being left behind. I tried to grip harder, but there was just nothing there to hold onto. I lost my grip entirely and tried hard not to think about my landing.

I was suddenly off the rock, but still not on the ground. Hyper aware of two big biceps on either side of mine and hot breath on my neck in a chuckle. I was set back down on my feet, legs trembling even worse than before and looked up to find the shirtless-guy unwrapping his arms from around me.

“Thank you,” I stuttered, fully aware that my body wasn’t broken right now because of him.

He eyed my fingers. “Chalk. Every time. Or at least every other time, until you build up some calluses.” 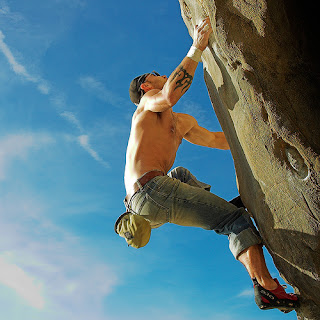 I glared at my fingers, hating them for not having calluses. He bent and plucked my chalk bag from the ground, stepping forward to tie it around my waist and his naked-ass chest was right there in front of my face. I blinked at his biceps, astounded that muscles could look like that. I fully understood why, considering that every muscle in my own body was burning from the exertion.

Was it the exertion?

“You don’t have a crash pad?” he asked, his eyebrow quirked and his hair falling across his forehead. I wanted to push it out of the way, but was blaming that impulse on the near-death experience he’d just saved me from. I was obviously light headed.

“A what?” I shook my head up at him, confused and trying to remember my name, in case he asked that too.

“A crash pad,” he grinned at me. “Big squishy thing? Breaks your fall?”

“Well, no, but that sounds helpful,” I grumbled. 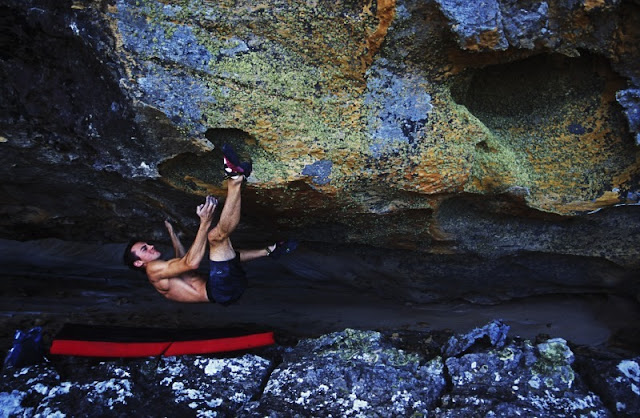 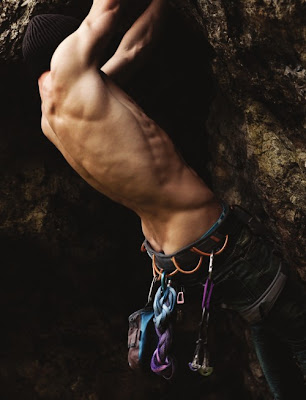 Edward thought he had it all figured out, until the day he met Sparkles.

Skin to rock with a fine dusting of chalk in between. 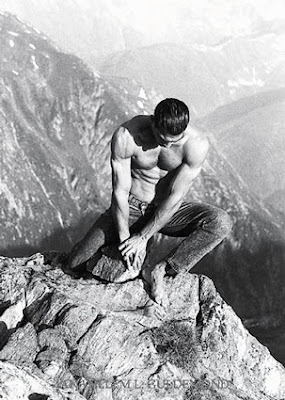