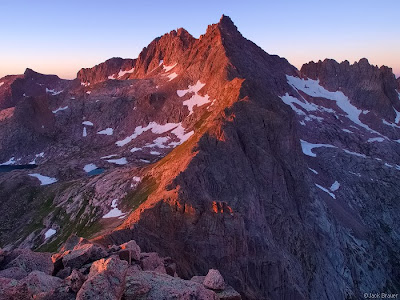 “These are easily the ugliest thing I’ve ever, ever worn.” Alice hoisted her foot into the air, crammed into a new pink climbing shoe. I’d bought her a flowered chalk bag to match, hoping the colors would take her mind off the logistics, but she was too savvy for me.

“Yes, but you wanted to do this for Jasper, remember?”

“Remind me why?” She eyed the shoe skeptically, her mouth twisted.

“His hair. His ass. His eyes.” I ticked off the only three things she’d talked about in constant, detailed rotation for the last three weeks. After he took her to the fire tower and kissed her on that towering, cloud-bound porch, she was a goner.

“Will you tell him, for the record?”

“Yes, Alice. I will be sure to tell him that those are the ugliest thing you have ever, ever worn.”

“Does she always dress like that?” Edward whispered from behind me, ducking low to put his mouth near my ear. I tried to temper my smile in case she looked back and caught me.

She was actually dressed down today, but it took me nearly an hour to explain to her why she couldn’t climb in a skirt. I rarely climbed in a shirt these days, preferring to strip down to shorts and my sports bra lest anything get snagged on the rock and I had visions of her dangling from her frilly tutu, a good six feet off the ground. She eventually relented and settled for Lycra shorts and a pale pink tank top with a wispy ruffled hem that fell low around her waist. She was sporting a headband with a giant purple flower on it and had enough glitter on her face to attract attention from space.

“This is subdued for her, I promise.”

“I like your outfit better.” He traced his fingertips along the skin where my spine met my shorts, surely leaving a telltale streak of white behind and I hated on my skin for betraying me with pebbled goosebumps. I came home from our climbs covered in the patterned fans of his fingerprints, splayed fingers sprouting from smudged palms all over my exposed skin.

“Lack of.” I corrected him slyly and he nodded without hesitation.

“Am I that transparent?”

She didn’t make it to the top, but she didn’t get hung up on her frilly tank top either, which surprised me more than if she had topped the rock. I watched her with some amount of fascination, impressed with her determination and amazed beyond all belief that she wasn’t completely preoccupied with the damage done to her hands. She was giddy and giggly the whole drive home, dabbing at her bleeding spots and glowing with pride. When the boys dropped us off at home I watched Jasper drag her out of the backseat and fold her up in his arms like a gift, their faces nuzzled together in silent conversation.

“Hey, you gonna send me home with a kiss, or what?” Edward looped an arm around my waist and pulled me up against him. He’d gotten a little sunburned today, his skin flushed and flaming hot enough to make my head spin.

“I do. Jasper and I are going to climb Sunlight tomorrow. I need to sleep and I’m not going to get any of that with you.”

“Is that a new problem of yours? Sunlight?”

“No,” Edward chuckled, mouth suspended to the side as if he was amused. “It’s a mountain.”

His mouth softened right along with his eyes and he put both hands to my face to kiss me, something soft and sweet and pure compared to our recent carpet excursions, with a hint of déjà vu. I steadied myself against him and let him run his tongue along my lower lip.

“Elevation,” he whispered, lips to mine. “Fourteen thousand feet.”

“Not as dangerous as you.” He glanced over at Jasper and Alice, giggling and fondling each other like love-sick teenagers. They’d barely been together for more than what amounted to a day or two and there they were, right along side us.

“Then why did it take so long?” I stood on tiptoe to reach his mouth and kissed him again, in case he needed explanation.

“You threw me for a loop, silly girl. I was gonna kiss you on top of the Problem Queen, you know? But you topped it in three days instead of three weeks and my whole plan went to shit.”